Virgin Galactic’s tourism spaceship reached, for the first time, what the company considers the boundary of space, getting a big step closer to turning the dream of commercial space tourism into reality, the Associated Press reported.

According to mission official Enrico Palermo, the rocket ship reached an altitude of 82 kilometers above California’s Mojave Desert on Thursday, before beginning its gliding descent. The aircraft called VSS Unity, landed on a runway minutes later.

THETRAVEL VIDEO OF THE DAY
“We made it to space!” Palermo, who is from The Spaceship Company (TSC) , Virgin Galactic’s aerospace-system manufacturing organization, said.Virgin Galactic aims to take paying customers on the six-passenger rocket, which is about the size of an executive jet. Virgin Galactic founder  and business magnate, Richard Branson , has said he wants to be one of the first on board. 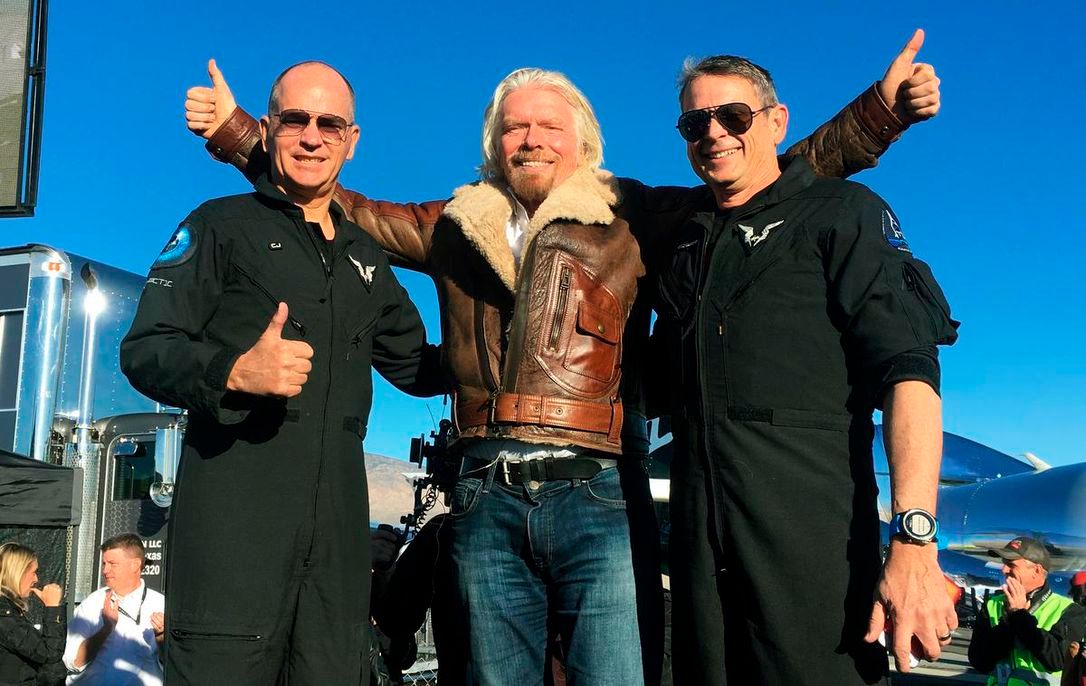 Branson greeted the pilots after the test, declaring “Space is Virgin territory!” PREVIOUSLY: Virgin Galactic To Open Commercial Spaceport In Italy
Virgin Galactic considers 80 kilometres the boundary of space because it is used by the U.S. Air Force and other U.S. agencies. That’s different than a long-held view that the boundary is at 100 kilometres. Virgin Galactic CEO George Whitesides noted that recent research favours the lower altitude.The two test pilots — Mark “Forger” Stucky and former NASA astronaut Rick “CJ” Sturckow — will be awarded commercial astronaut wings, said Federal Aviation Administration official Bailey Edwards. RELATED: 15 Incredible Space Tourism Options Coming Soon (5 Destinations Already Available Today) More than 600 people have already committed up to $250,000 for rides in the six-passenger rocket, which is about the size of an executive jet. They have been waiting years for a few minutes of weightlessness with a view of the Earth far below.Branson's endeavor began in 2004 when he announced the founding of Virgin Galactic after the flights of SpaceShipOne , the first privately funded human spaceflight. Branson aims to open up space travel to more and more people.Branson has competitors in the space tourism business-- Jeff Bezos' Blue Origin is planning to take space tourists on suborbital trips, using the more traditional method of a capsule atop a rocket that blasts off from a launch pad. SpaceX 's Elon Musk recently announced plans to take Japanese billionaire Yusaku Maezawa and his friends on a trip around the moon. READ NEXT: Richard Branson’s Virgin Voyages Is ‘Shipteasing’ Its Luxury Cruise Liners

What To Know About The Art Of Cafe Hopping In Seoul, South Korea

What To Know About White Water Rafting In The Catskills

Two Harbors: What To Do At This Minnesota City In The Winter

Here's What It's Like To Stay At Nashville's Urban Cowboy Hotel

This City Is The Farthest Distance You Can Get From NYC, Here's What To Do There

Amish Country: Ohio Vs. Pennsylvania & What Each Offers

Where Shute Fell: A History Of Spot Pond's Big Mystery

Road Trip Vegas: This Stunning Nevada Park Is Just An Hour Away From Sin City

North Vs. South Virginia Beach: What's The Difference & Which Is Better?

Nova Scotia Vs. New Brunswick: Which Is Worth It?

Here's What We Know About North Sentinel Island (& Its People)