The gap between royalty and the common folk just became a tiny bit smaller with the first official royal property being listed on Airbnb. The royal family of Jaipur, India, has opened the doors to their City Palace, but the lodgings come at a price.

The City Palace of Jaipur is taking the idea of giving guests the royal treatment to the next level. The Jaipur royal family has listed a room inside their stunning palace on Airbnb, and you can stay there for around $8,000 a night.The palace dates back nearly 300 years and was built under the orders of Maharaja Sawai Jai Singh II. While the palace itself is still home to the royal family, you can feel like one of them by renting out a single room in these impressive digs.RELATED: 10 Things To Look Out For When Booking An Airbnb Listed on the accommodation site in late November 2019, the room is located in the private quarters of the place. In previous years, only very important persons were given access to these quarters. If you hire the room, you’ll be staying where the likes of Princess Diana, Jackie Kennedy, Bill Clinton, and Oprah Winfrey once stayed.We know what you’re thinking: what need does a royal family have to rent out one of their rooms? The answer is one of the best parts of the listing. Rather than taking the profits into their own bank accounts, the royal family of Jaipur is putting the proceeds into the Princess Diya Kumari Foundation. The nonprofit organization supports the people of Rajasthan and, in particular, rural women in the area.RELATED: 10 Hidden Airbnb Gems In The English Countryside

The price of living like royalty doesn’t come cheap. But for those who can afford it, the rewards are well worth it. The private room that’s listed on Airbnb, known as the Gudliya Suite, has several impressive amenities fit for a king, including its own indoor swimming pool.As part of the booking, guests are given five-star treatment from the moment they arrive in Jaipur. The hefty price tag includes a private chauffeur service that will pick you up from the airport and bring you straight to the palace.Those who are staying in the Gudliya Suite will also have access to their own private butler to take care of their every need. The ultimate concierge, the butler will arrange everything during the stay, from travel arrangements to attraction bookings. Naturally, lavish breakfast and dinner arrangements are also included, as guests will eat in Baradari, the in-house restaurant located within the palace.RELATED: 10 Of The Most Expensive Airbnbs On The East Coast 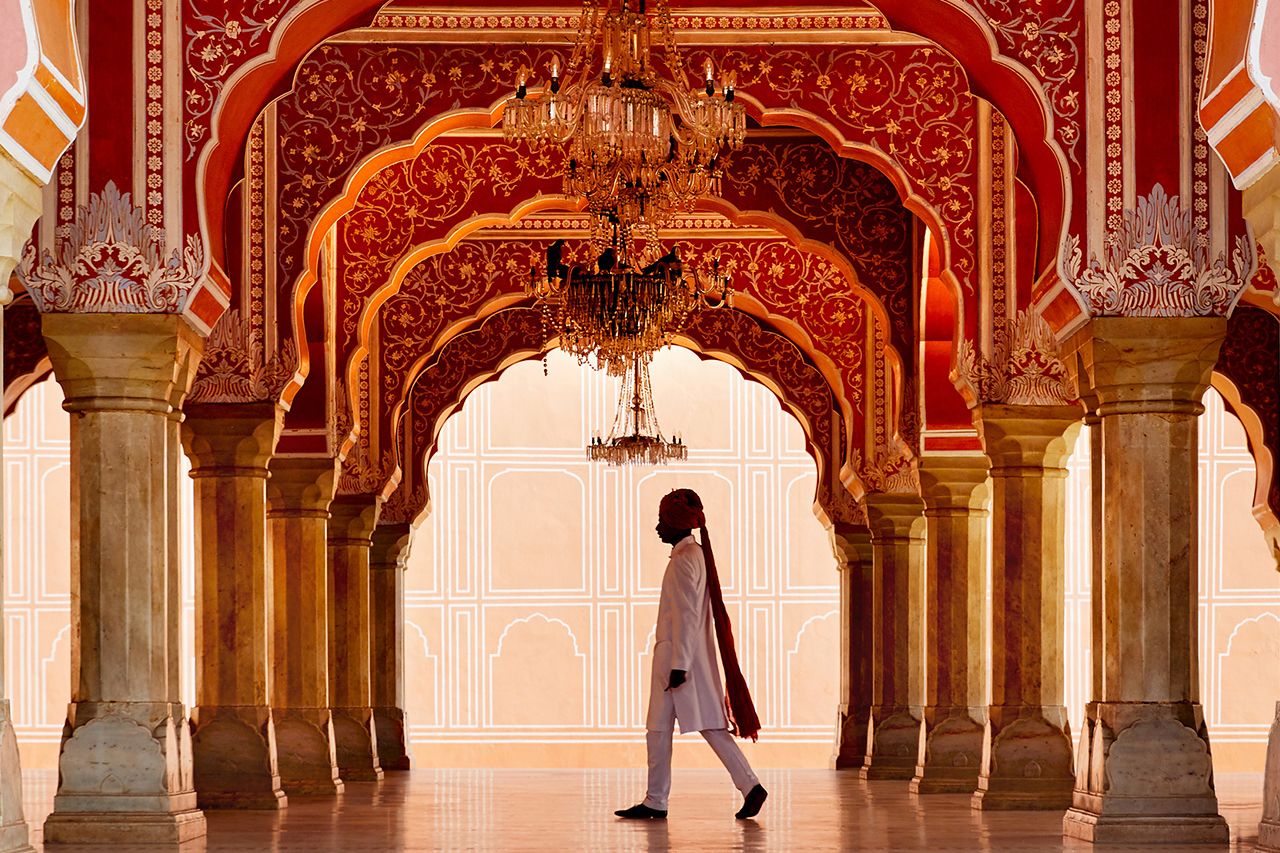 The palace also happens to be a top tourist destination in Jaipur, so guests will be given a complimentary private tour of the entire grounds. Along with that, guests are also offered a private shopping tour of the nearby Pink City’s commercial district.

THETRAVEL VIDEO OF THE DAY

Like any luxury Airbnb, the suite contains a hot tub and access to free Wifi, as well as all the other essentials. Guests will also be given access to the palace gardens, where peacocks are often spotted strolling peacefully through the lavish greenery.

The capital of Rajasthan, Jaipur is filled with things for guests staying the Gidliya Suite to see and do. Dubbed the ‘gateway to India’s most flamboyant state’ by Lonely Planet , Jaipur radiates old-world charm through its colorful city streets. The top sights are often connected to the royal past of the city in the form of heritage buildings.Aside from the City Palace, travelers flock to Jaipur to witness the beauty of Amber Fort, a complex dating back to the 16 th  century that will make visitors feel as though they have been transported back in time. There’s also the Jantar Mantar, the open-air royal observatory that dates back to the 18 th  century.There is also the Hawa Mahal, otherwise known as the Palace of the Winds, that was once inhabited by royal women. The brilliant pink and red sandstone façade of the building will give you some truly amazing social media shots.Jaipur is certainly not lacking in palaces, with one of the most famous located right in the middle of a lake. The Jal Mahal seems like it’s floating as it sits in the Man Sagar Lake and once served as a shooting lodge for the Maharajah.Those interested in shopping should also be sure to check out the markets of Jaipur, including the Tripolia Bazaar, the Kishanpole Bazaar, and the Bapu Bazaar. Here, you’ll be able to purchase a selection of authentic souvenirs and other goodies to bring home.With so much to in Jaipur, it makes sense to plan your itinerary well in advance. Unless you’re staying in the City Palace, of course—in that case, your butler will do it for you!NEXT: 10 Things Airbnbs Don't Want You To Know

Here's What You'll See On A Tower Of London 'Beefeater' Tour

Exploring Vienna: How To Plan A Weekend Trip To Austria's Classic Capital

This Stunning Paradisiac Island Was Once A Prison

A Guide To Ohio's Best Ghost Towns That Are Worth Visiting

Here's What Treasure Beach Is Known For (& Why You Should Go)

The Hike To Rose Island Is Indiana's Perfect Spooky Trail

Why Broadway Is Often Called The Jewel Of The Cotswolds

Paris To St. Tropez: Here's What The Train Ride Entails

The Edge of America: The Perfect Fall Getaway In Folly Beach

Reno Vs. Las Vegas: Which Is The Better Nevada Vacation?

Eiffel Tower Ticket Tips: When & How To Buy Them

California's Largest Aquarium Might Be The Best Marine Experience Yet

How To Fall In Love With Martha's Vineyard This Autumn