Sometimes, there's just no way of avoiding a cheap airline. It doesn't matter what your own personal definition of cheap is, either, because the bottom line is that we've all been put in a situation whereby we need to save a bit of cash.

There's absolutely nothing wrong with this, and we'd even argue it's a more logical way of traveling - if only because it gives you more money for the trip itself.

However, we can understand that some folks would be a little bit trepidatious in preparation for boarding a cheaper airline, and here are a few reasons why.

We’re going to sound incredibly snobby by using this as an entry but that is a risk we are more than willing to take.

A lot of people enjoy the novelty, or just the luxury, of using first class. Whether their company has paid for the right to sit there or the passenger has paid themselves, it’s nice to feel so relaxed in a flight type of environment.

Therefore, if there is quite literally only one or two options available, it’s understandable to think that folks may feel a little bit frustrated.

It doesn’t matter whether or not it’s your fault or the fault of the airline, but either way, they will try and get as much money as they possibly can from you.

They will take no prisoners and they will make sure you abide by the rules, even if the rules aren’t even that clear or seem completely made up.

There’s a much stronger chance of you being fined and forced to pay extra costs when you’re traveling with a cheaper airline because let’s face it, they need to make their money back somehow.

We aren’t going to sit here and pretend like every budget airline is going to fall out of the sky because that would be wrong, and it would also be incredibly inaccurate.

However, that isn’t going to stop people from actually thinking it.

RELATED: The Best 10 Budget Airlines In The World

We won’t specify what type of aircraft faults that we’re referring to, but when you see the prices of some of these airlines, it can often lead one to believe that the facilities – and general function of the aircraft – just aren’t up to scratch.

We disagree, for what it’s worth. 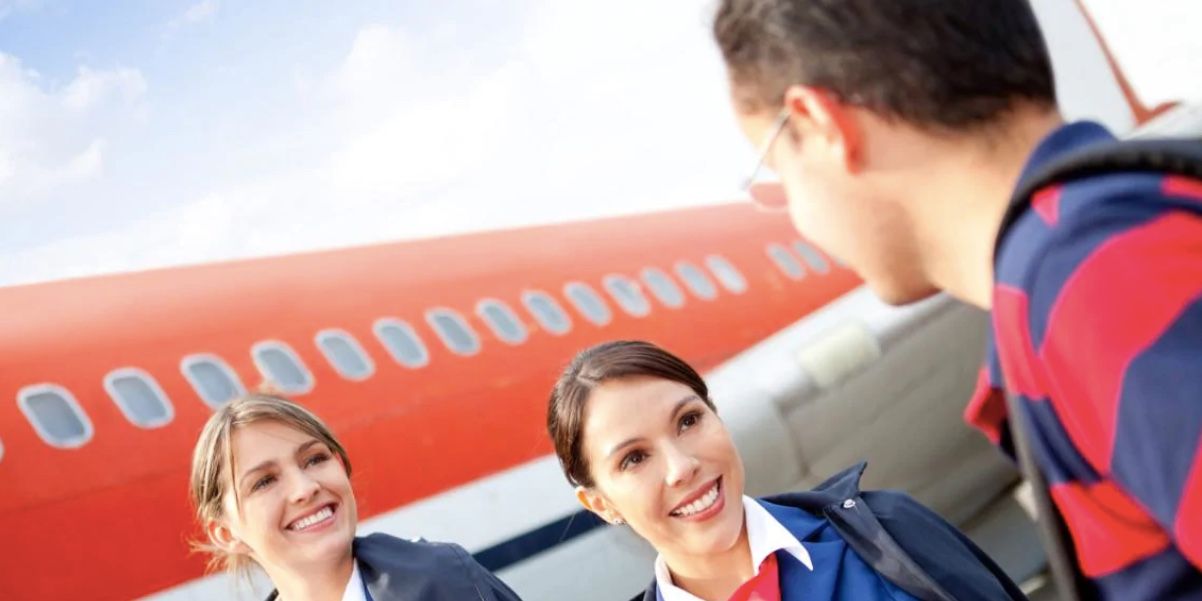 It’s never nice when someone is rude to you and it’s even worse when it is a member of the flight crew because more often than not we just don’t see it coming.

Perhaps they’ve had a bad day, perhaps they don’t get paid enough or maybe they just do not want to serve you, but either way, the cheaper airlines always seem to have slightly moodier staff.

We feel sorry for them in one respect but in another, there’s such a thing as being a professional in a place of work.

It’s a very first world problem but in-flight entertainment can really help you through a long flight.

If it’s a shorter flight then there’s less of a chance that you’ll have the entertainment to enjoy, but if it’s a cheap airline, then you can pretty much rule it out altogether.

One way around this is to download shows and music on your phone or tablet so that you can listen/watch offline, but we aren’t going to pretend like everyone is able to enjoy this perk.

If you can’t, just try and get some sleep.

Either the seats are too far forward, they’re too close to the seats in front of you or they just feel really horrible on your back and neck.

RELATED: 10 Of The Best Airline Lounges In The World

This is an issue we’ve all had to deal with at one point or another, but as you can probably guess by now, it’s much more likely to happen on the likes of Sprint and Easyjet (two of many examples).

Cheaper airlines tend to have more issues with keeping to a certain schedule on a day to day flight basis, mainly because they get less priority on the runways and are, therefore, the first ones to lose the luxury of getting to fly on time.

The same things go for cancellations, too, but you can also attribute bad weather to that as the cheaper airlines almost always use cheaper planes to fly – and, as you can imagine, they’re just a little bit less reliable than the rest.

It’s just the way of the world.

When pilots are paid less on a yearly basis than some of their rival airlines and aren’t given as many days off, then it’s understandable for them to protest.

The same truth is evident with cabin crews in general, and this isn’t going to change anytime soon unless serious alterations are made to the way in which these companies function.

Someone needs to force their hand because if they don’t, then a lot of folks are going to be stranded at airports for very silly reasons – and we’d hate to see that.

If you aren’t flying with Emirates or some kind of high-end, luxury airline, then you probably shouldn’t be getting your hopes up about any gourmet meals coming your way on a flight.

Of course, while that may be the case, you also shouldn’t have cold food when you thought it’d be hot, and the food also shouldn’t be either undercooked or overcooked.

RELATED: These 10 Airlines Officially Serve Up The Best Food

You deserve the right to enjoy your meal when you’re in the air and as if the costs aren’t bad enough, the eventual end product almost never satisfies.

While your flight pattern may say that you’re landing in Stockholm, what a lot of people don’t realize is that some airlines will add the word ‘Stockholm’ (or another city such as this) into the name of the airport in question in order to make you think that you’re heading pretty near to the city.

In reality, there’s a good chance you’re going to have a long bus or train ride ahead of you – which inevitably costs more money.

This isn’t always the case, but you’d be surprised as to how much it happens.

NEXT: 10 Things You Didn’t Know About Aquariums

Everything You Need To Know About Visiting Mammoth Hot Springs

Golden, Colorado Is Known For This Popular Brewery

Nova Scotia Vs. New Brunswick: Which Is Worth It?

This Is What To Expect At Orlando's Crayola Experience

Don't Touch The Trees At Joshua Tree, & Other Don'ts At This National Park

Want To Charter A Private Jet? Here’s What It Might Cost You

Grand Teton Vs Yellowstone: Why Teton Is More Than An Overshadowed Neighbor

Is Tybee Island Family Friendly? Here's Why The Answer Is Yes

How Expensive Is Honolulu? Here's A Budget Breakdown

Dos And Don'ts When Traveling To Vietnam

Here's Why Crandon Beach Is A Hidden Miami Gem

Does The Airline Owe You Money? What To Do When Your Flight Is Canceled

Wolf Conservation Center: What They Do & How To Visit

Dos & Don'ts Of Visiting Turkey For The First Time